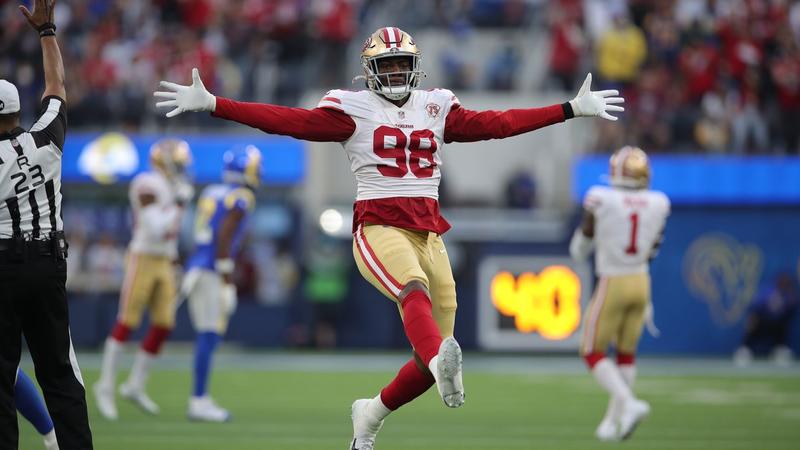 The Jaguars added a pass rusher to the defense, announcing Wednesday that they signed defensive end Arden Key to a one-year deal.

Key had arguably the best performance of his career last season, playing 6.5 sacks in just 35 percent of the 49ers’ defense. Key will start with outside linebacker Josh Allen on the other side, replacing K’Lavon Chaisson, who has only two sacks in 31 games.

Pass rushing has always been one of the Jaguars’ weak points. The team completed 32 sacks last season, ranking ninth from the bottom in the league. In the face of the Jaguars, the quarterback averaged 64.9 percent of his passes, with only seven interceptions in total.

The Jaguars have a first-round pick in this year’s draft, and pass rusher Aidan Hutchinson may be one of their options.

In addition to 6.5 sacks, Key had 22 tackles and 17 hits to the quarterback last season. His sacks were second on the team behind Nick Bosa (15.5).